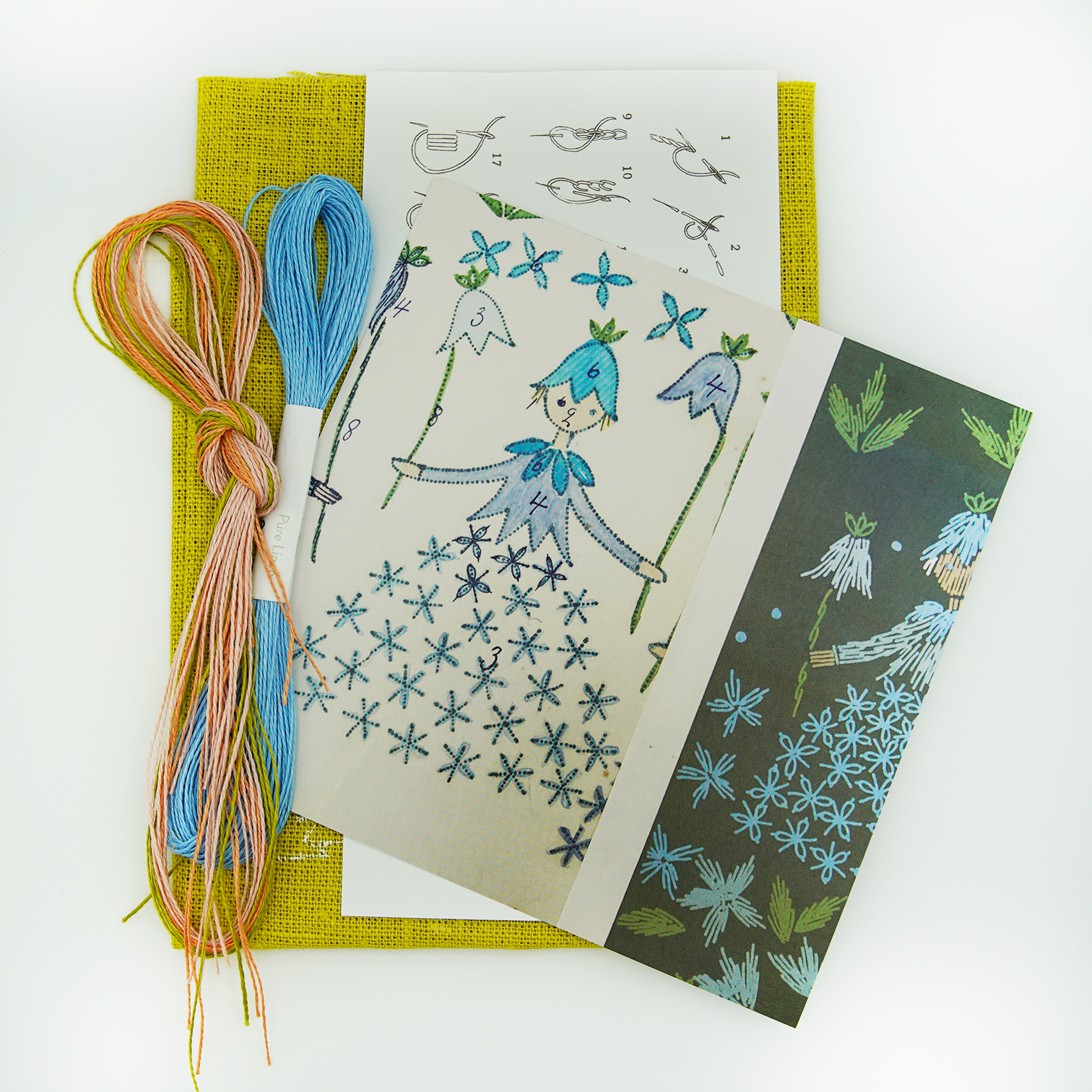 Bluebell Girl / detail from Dance of the Flowers, this design is from Nordiska, a Swedish embroidery company founded in 1879.
Nordiska flourished for almost a century then left behind with it's complete archive in an old linen factory store room.
Near two thousand hand drawn patterns from 1960 - 1969 were recently discovered and documented.

Dance of the Flowers was originally printed on green linen fabric and it was intended that it would be made into a wall hanging or cushion.  Here we have chosen a part of Blommornas Dans for everyone who would like to try something small before embarking on a larger project.