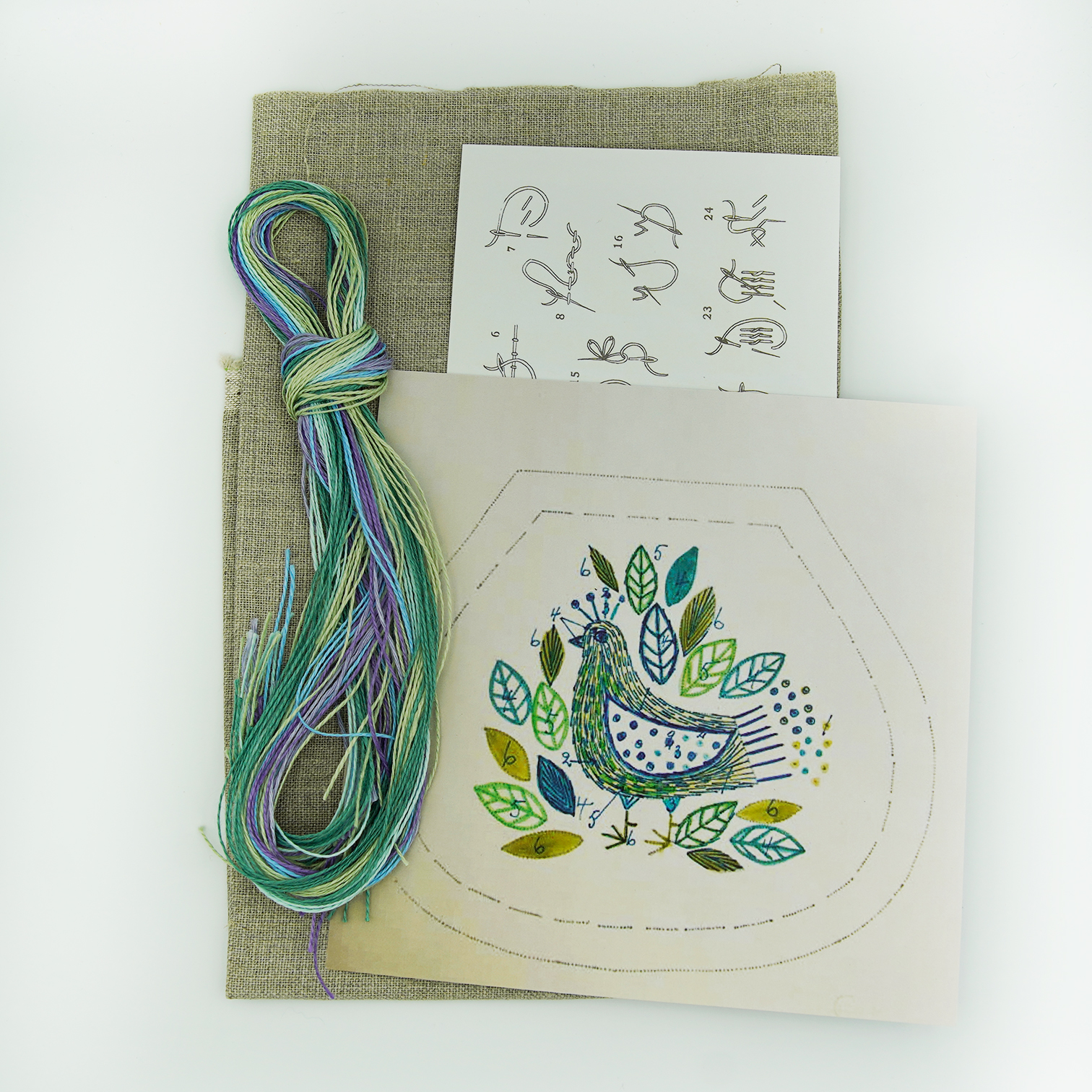 The card enclosed shows the drawing made prior to production and does not include instructions to make something from the finished work,  we invite you to improvise with thread colours and stitches.

This design is from Nordiska, a Swedish embroidery company founded in 1879.
Nordiska flourished for almost a century then left behind with it's complete archive in an old linen factory store room.
Near two thousand hand drawn patterns from 1960 - 1969 were recently discovered and documented.